One tradition of the Green Valley School’s annual staff retreat in Florida was an oyster bake. So it was I found myself in a canoe on the waters of the Intracoastal Waterway.

The Intracoastal Waterway is a series of channels protected from open water by islands and sand bars. It runs from Boston, Massachusetts, for 3,000 miles down the Atlantic Seaboard, around Florida, and then along the Gulf of Mexico to Brownsville, Texas. It offers calm waters for boats and ships.

I’ve always found canoes rather tipsy but along the edges of the Intracoastal Waterway I had no trouble reaching over the side of the narrow craft to start oystering. No wonder shippers and pleasure yachts enjoy these calm waters! 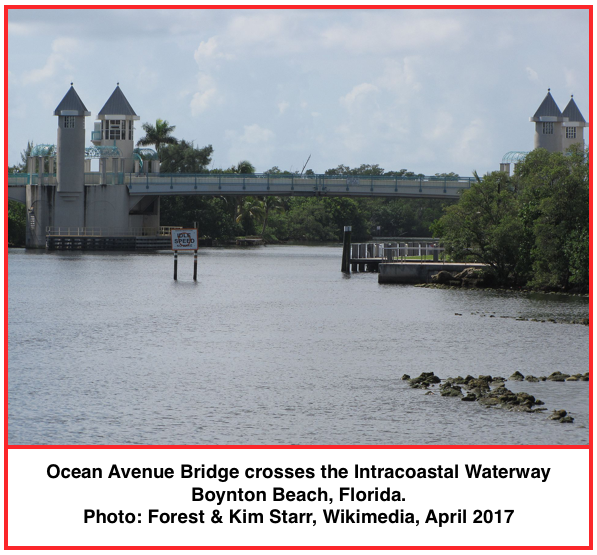 The oystering was easy as picking litter from city streets. Although it was winter solstice, it was also Florida. The water was warm, some two feet deep, and clear as mountain air after a good rain. The oysters were thick as the pile on a carpet.

We had three canoes out collecting for our feast and the staff member guiding the expedition was well versed in oystering these waters. One thing he made a point of was to eat as many of the mollusks as we wanted right as we pulled them from the sea.

So we did. Popped those puppies open and tasted the squirts of water they use as a defense ploy as our knives separated them from their shell and into our gullets. They were delicious, albeit tasting mostly of the sea.

I’ve tried to like oysters that have been preserved on ice and served, dead or dying, on silver trays. But after dragging them straight from the sea I’ve always had trouble enjoying them. The taste of salty water is there but not much else.

On the half shell? Baked? Fried?

Nope. I’ve come to realize I really don’t like oysters and I’m not going to pretend I do. But those fresh and fighting from the ocean waters? I’ll give those another go.