In the summer of 1970 one of the Buck Brook staff planned a hiking trip in the Adirondack Mountains. The Adirondacks are fabled for their beauty and only 200 miles north of the Catskills where our campus was located so a half dozen of the students and I jumped at the chance to join him.

I have no idea where we drove to in the Adirondacks or what trailhead we parked at or what mountains we went off to climb. But I well remember our plan — we’d arrive at the trailhead too late to make it to our permanent base camp so we planned to walk for an hour or so, set up an overnight camp, and the next day reach a high altitude camp where we could leave our eighty pound packs and adventure out to explore different peaks.

It was a pleasant day when we parked at the trailhead and we all enjoyed a trek up a slight slope until we came to a wide meadow near water. We had walked for an hour and a half after a long ride in the van and were glad to roll out our sleeping bags.

Then the slapping began. And the waving. And the dancing and cursing. The mosquitos had found us and had told all their friends a most tasty picnic had conveniently brought itself to them.

So many mosquitoes were an assault on the expectations I had from having been raised in the desert climate of southern Idaho. There was no way I was going to be in mosquito infested mountains for a week with no repellent so I volunteered to head back to the van, get to the nearest town, and stock up on spray.

One of the students said he’d trot along and off we went.

Beating the approaching dusk and traveling without heavy packs we covered that trail in record time, found five or six cans of repellent, and got back to camp before dark. Everyone was glad to help empty some of the spray, saving plenty for the rest of our journey. 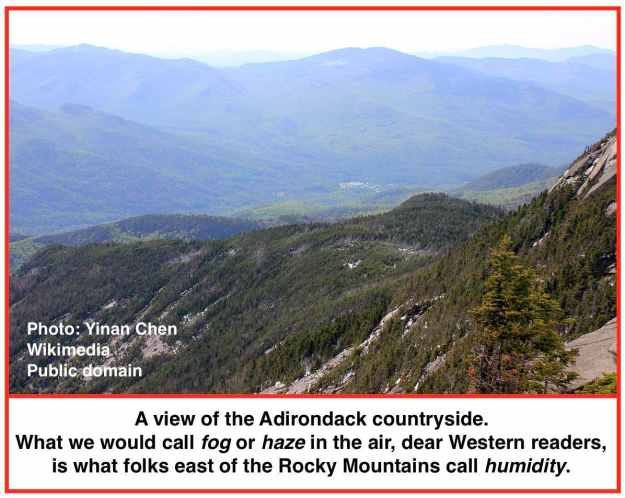 The next morning we sprayed ourselves, broke camp, and started the four or five hour hike to find an appropriate base camp. Within twenty minutes we noticed there was not a mosquito to be heard. Day after day and night after night we never encountered another annoying high-pitched buzz. Only when walking back through the very spot we had camped the first night were we confronted by that annoying sound. It didn’t last long enough to bother unpacking the cans of repellent.

Yes, we did have to add those cans of spray to the weight on our backs for the entire trip. But I was still glad the two of us had made that extended dash.