My dad Merrill, my sister Vicky and I went hiking to the top of Greylock Mountain, which dominates the entire vista north of Atlanta, Idaho. It was summer, 1960. Dad was 56, Vicky was 17, and I was 15. 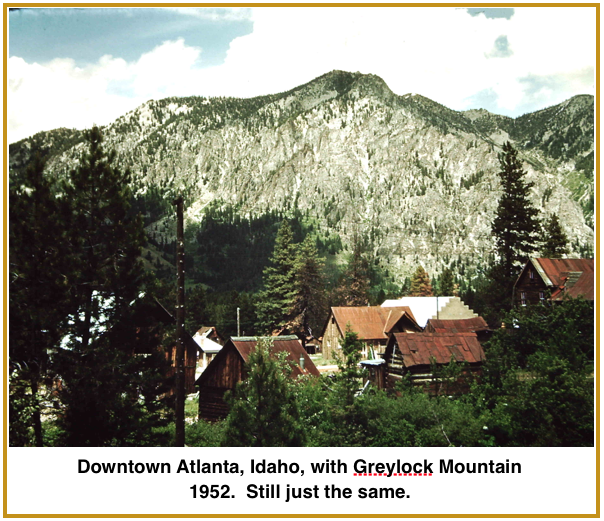 We could always tell Dad wanted to get up there again. By 1960 he decided it was time.

We started from Riverside Campground to the north and east of Atlanta, crossed Boise River on a wooden bridge, and headed to one of the creeks that ran down the face of Greylock. I’m sure Dad knew which creek but I have no idea. I do remember when we got to the creek there was only the creek bed, there was no trail to follow.

We had left the campground with empty canteens, planning on filling them with water from the creek. Dad pointed out there is no need to carry water further than necessary (which I thought was genius). But when we got to the creek and left the road there was no water in the creek! I figured we’d turn back and fill the canteens, but Dad said not to worry, there would be running water in the creek higher up the hill (I thought he was nuts). For some time we walked up that dry creek, the sun getting higher and hotter and me getting more convinced we’d be retracing our steps for water. But low and behold, as the hill got steeper the creek bed got damp and then wet and then running with water! (He lucked out.)

We continued up the creek until the water started to peter out, where we filled the canteens while the water was still running freely. (I found out water is heavy!) 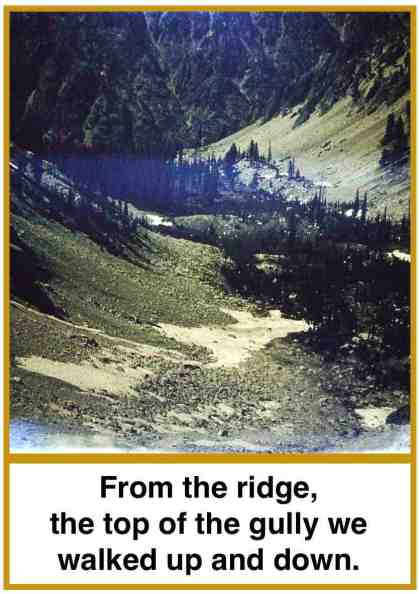 We followed the gully of that creek until it ended at the ridge running west from Greylock Peak. We turned right and headed up the ridge until, at 9,363 feet, there was no more up. We had gained over 4,000 feet. 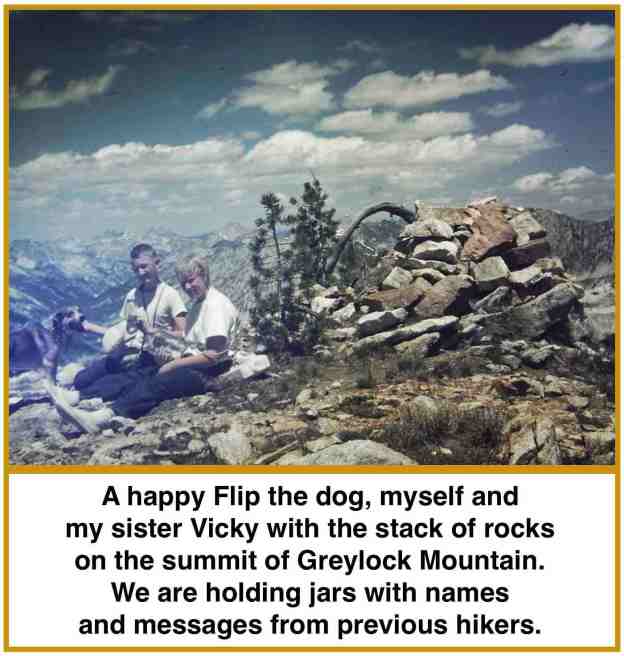 Sure enough, the stack of rocks was there, along with two jars of comments left by past climbers. Dad added a slip of paper he had prepared with the comment, “My second and last time.” When we found his previous slip of paper it had his and a woman’s name on it. I asked about that and Dad said she was his first wife — the very first time any of we kids knew that bit of history!

Dad had his good Kodak camera for slides and his trusty light meter and he composed some photographs. I had my Kodak Brownie Hawkeye and snapped off some shots.

We started down Greylock by meandering, losing altitude as we cut across the face of the mountain, headed generally west until we found the gully we had hiked up. We were back in camp by dinner. 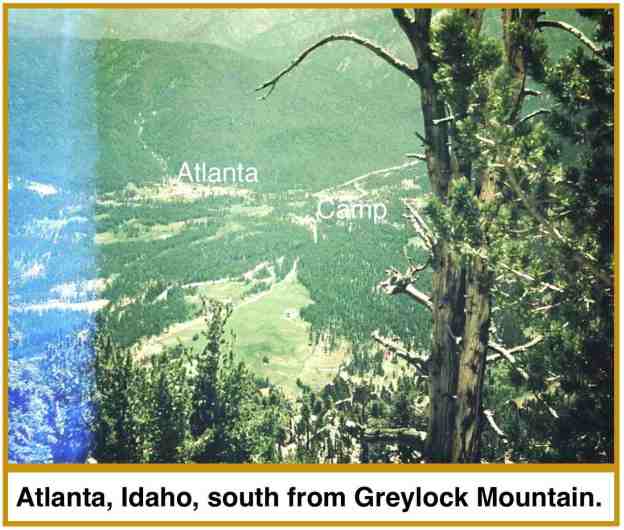 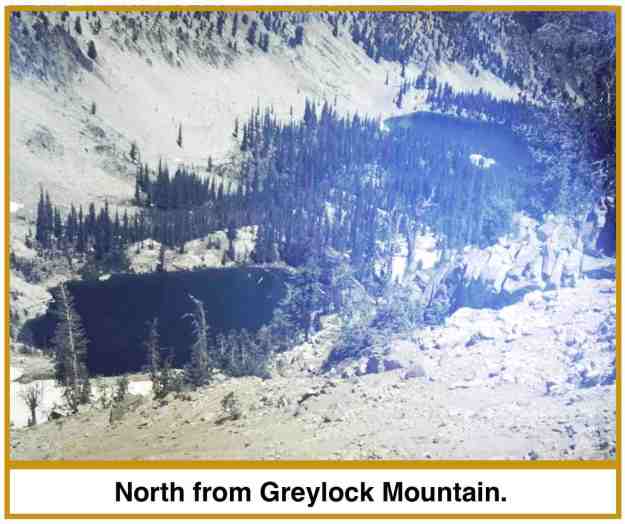 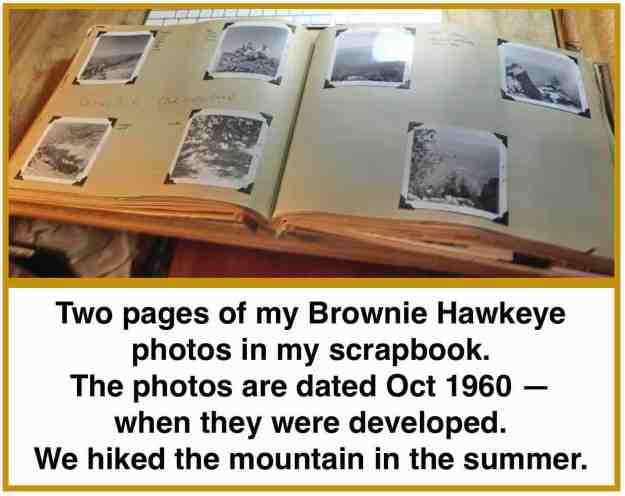 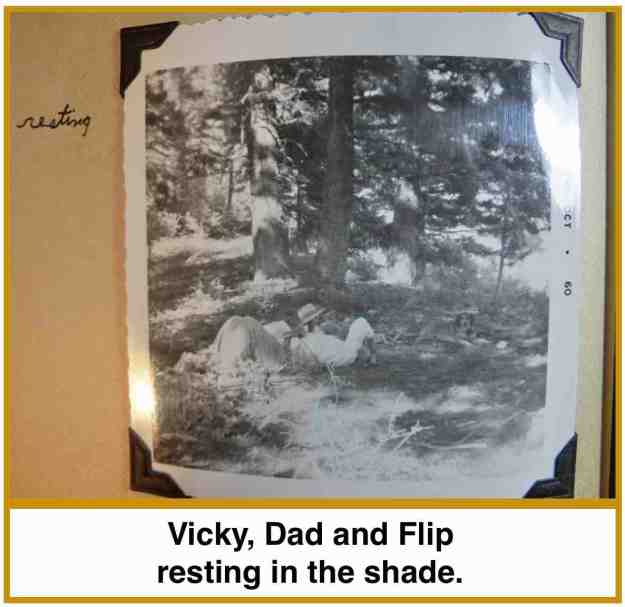